There I was sitting in my comfortable chair waiting for the speaker to affirm what I already knew to be true about God and my own spiritual journey. You know what I got instead? Job! First thing in the morning I was pummeled with the book of Job. You know the book in the Bible that seems awful, horrendous and a no good very bad day? What I also didn’t realize was this talk about Job was going to rock my world in more ways than one. After hearing the talk, I looked at my friend sitting next to me and verbally vomited all over her.  It ranks up there as one of my most socially awkward moments. I just didn’t see it coming! On the verge of a panic attack next to a friend I’d only known for several months.  I shared my story of losing my father at the age of twelve to suicide. Suicide, grief, and the book of Job all before my first cup of coffee had set in.  Thankfully she listened graciously and was the perfect person to be sitting next to me.

People don’t know what to do when someone is grieving.

Most people get it wrong when it comes to grief. I’m sure the majority of you that have decided to still continue reading this post are nodding your head in affirmation. Someone has said something pretty asinine to you in your most vulnerable and heart-breaking experiences of life. We turn into blubbering idiots. I can say first hand that many people have said some pretty horrendous things to me in the midst of my grief. People have questioned my father’s salvation and immediately shared their feelings on his decision to take his own life. Somehow forgetting that their audience was a daughter who lost her daddy.

Months after that freight train of a morning I finally got the courage to read Job. I’d always avoided reading that book. It seemed too depressing. For someone who has been in and out of depression, the majority of their life this did not seem like the most uplifting choice. Job from the outside (without reading it), just seemed wrong. (JOB- Satan told God that the reason Job was such a blameless and righteous man was because God had blessed him with so much {wealth, large family, land, servants., etc.}. Satan believed that he if took everything away {he being, Satan} that Job would deny God. God, knowing Job’s heart knew this wasn’t true. God described Job as “blameless, righteous, feared God, and ran from evil.” God told Satan he could do whatever he liked with Job as long as he didn’t kill him. God KNEW that Job wouldn’t deny or forsake Him. Poor Job didn’t know what was coming).

Thought a picture of Job would keep it light with all this talk of grief.

How can we learn from Job’s friends about comforting those who are grieving?

The second chapter in and I was comforted watching Job’s friends respond in his hour of grief. First, they came from great distances to be with him. We all know that real friends will drop everything and come running even if they are half way across the world.  Second, they mourned with him and the Bible says they could see his pain was great. They waited in silence until he was the first to speak. They waited SEVEN days before they spoke to Job. For seven days they sat in silence. While it might seem strange, they respected his grief, and waited until he was ready. They were there from sun up to sun down. Their friendship was displayed in their silence. Their concern was shown by still being there.  When Job was ready they were there. My friends your presence is enough. Your words are usually wrong, your presence is always right.

Just show up when it comes to comforting those who are grieving.

I say the person who has probably handled my grief the best, is my best friend Brooke. At the time yes, we were as thick as thieves, but our friendship was fairly new and by new I mean less than ten years. I think what Brooke did is really what we all should do. You just show up. I lost one of my best friends in a motorcycle accident when I was 25 years old and Brooke got in her car and drove to pick me up to be with his family. Didn’t ask details, didn’t wait until it was convenient, she just got in her car and drove there. She drove me everywhere I needed to be, let me stay at her parents’ house, took me in, went with me to the funeral, she showed up. Amongst all of that was a lot of laughter, let me tell you friends, you may think laughter is socially inappropriate at a time of grief, but it’s one of the best medicine’s. Brooke’s self-depricating humor was just what the doctor ordered.

Laughter truly is the best medicine in our hour of grief.

What these friends did was priceless, but what they did was so simple. Was it easy? No. Was it inconvenient? Yes. Did it disrupt their everyday life? Absolutely. These friends stood beside me and allowed me to grieve and didn’t judge my grief, my decisions, my emotions, they just were there.

I hope this encourages you that the most valuable thing you can when someone is grieving is just be there. Don’t make it complicated.

What are some ways you can show up in your friends’ or families life as they are grieving?

In case you are just jumping in, I’ve been writing this month on grief. How to grieve well, what do when friends are grieving and what does grieving really look like. Check out my other posts listed below.

One thought on “Lock and Listen: How to respond when someone is grieving.” 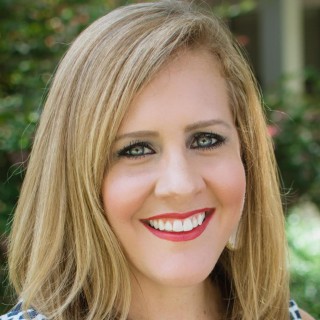